Please read the latest advice for businesses regarding Coronavirus (COVID-19) 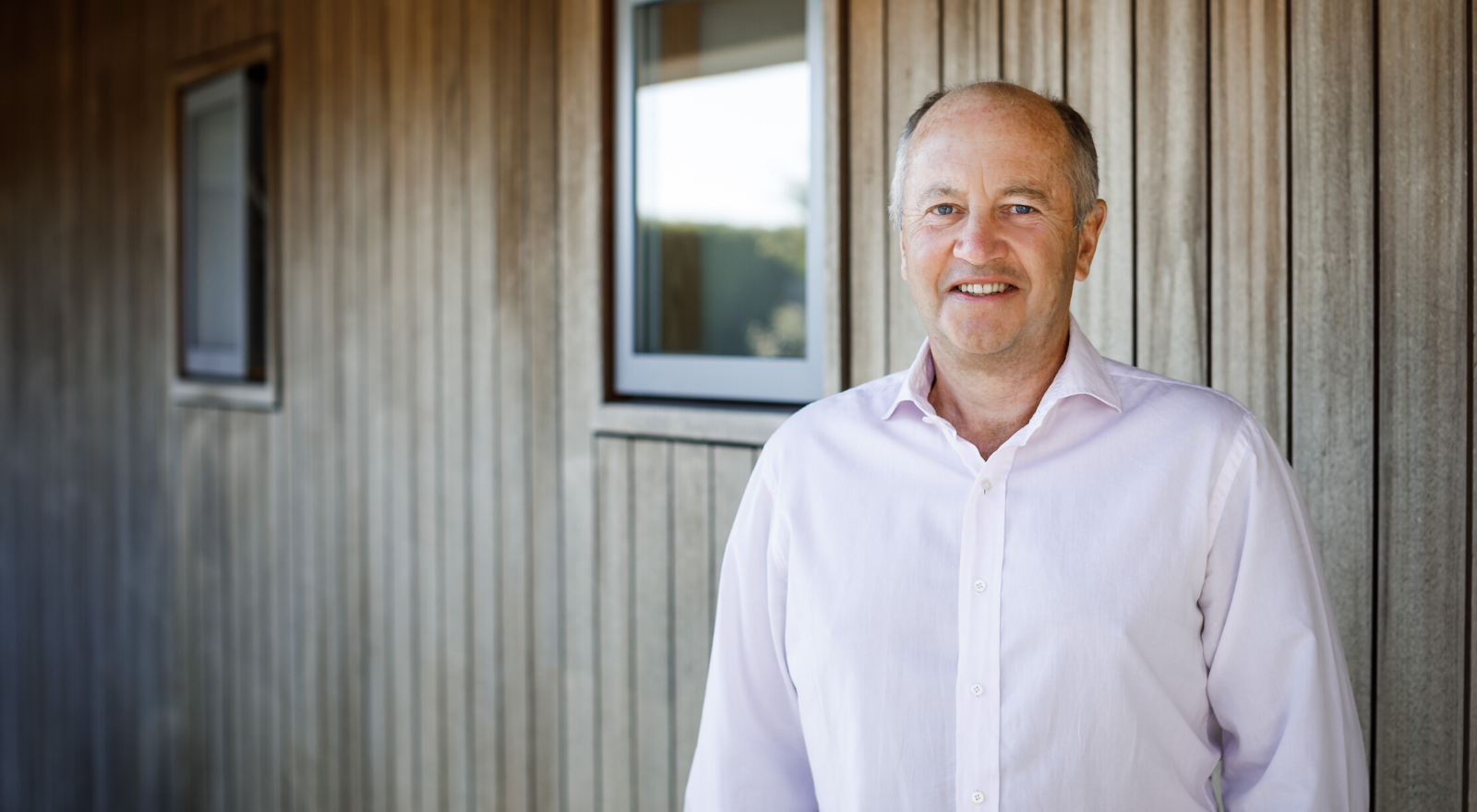 How would you describe your career journey to date?

I have been involved in the IT sector since 1989, as founder, seed investor and Non-Executive Director for a number of tech start-up companies, several of which have been listed on the Alternative Investments Market in London (‘AIM’). I founded my first business (Ashley House Ltd, a contract publisher) at the age of 28. In 1996, and on my fourth company, I founded DataCash plc, a payment processing company which offers a global gateway to secure multi-channel payment processing, fraud and risk management services. This was floated on AIM in 2000 and sold to Mastercard in 2010. Since then I have acted as a Non-Executive Director on the boards of both private and listed companies in Jersey and the UK.

I have been a resident since 1996, and feel the time is now right to try and put something “good” back into Jersey.

Congratulations on the launch of Evie, where did the idea come from?

The idea of “Mobility as a Service” is not new. Companies like ZipCar have offered a car share service for years and, more recently, Jump and Lime have launched shared bike and scooter services. The motivation to bring the model to Jersey was driven by a number of factors not least because, politically the timing looked good: in July last year the States had debated and passed a Climate Change Emergency which led to the publication of a Carbon Neutral Strategy, the Sustainable Transport Policy (STP) was published in December 2019.

We worked very closely with the Government of Jersey (notably PoSH, GHE and Jersey Electricity) in order to get the business up and running, and we appreciate their help enormously. But I felt that, left to their own devices the States would continue publishing, debating and declaring for years without actually doing anything to change things. We felt what was needed was a private sector nudge to help start moving Jersey towards becoming an all-electric island.

The first step in that journey was to get people into a range of electric cars, cheaply. EVie as a car share service was new to Jersey but had all the right attributes for its time: it is eco-friendly, carbon neutral, encourages sharing of otherwise underutilised assets and reduces pressure on parking. And it’s not costing the taxpayer anything. What’s not to like?

Quick on the heels of the EVie Car Club, we launched EVieBike in March. EVieBike is a dockless e-bike scheme along the same lines as the Jump or Lime offerings already familiar in most major cities in Europe and North America. Through an app a user finds and then hires an EVieBike on a pay-as-you-go, half day or day tariff. You can pick one up from, and park it back in, any one of the parking locations shown on the app. We have mapped 68 existing bike racks in St Helier on the app and others at locations round the island. Parking in one of these is free but, as a nudge to get users to avoid irresponsible bike “littering”, there is a small fee if you park outside a marked parking space. Unlike Lime or Jump we have introduced a very neat “pause” feature that allows you to put your bike on hold (free for the first ten minutes) while you pop in and pick up a coffee somewhere, or for a few pence if you have an hour long meeting to attend on the other side of town. On pause, the bike is still yours, it can’t be hired by anyone else, and you can be sure to be able to ride it on from where you paused and continue your journey.

In two months, we have we have enrolled over 3,000 people to the EVieBike scheme. Over the three days of the early May Bank Holiday EVieBikers rode 12,000km – that’s New York and back! Both numbers are quite remarkable in an island in lockdown with zero input from the tourism sector. We are encouraged enough to be planning to bring another 140 bikes into Jersey next year and are actively scoping the opportunity to launch in Guernsey. 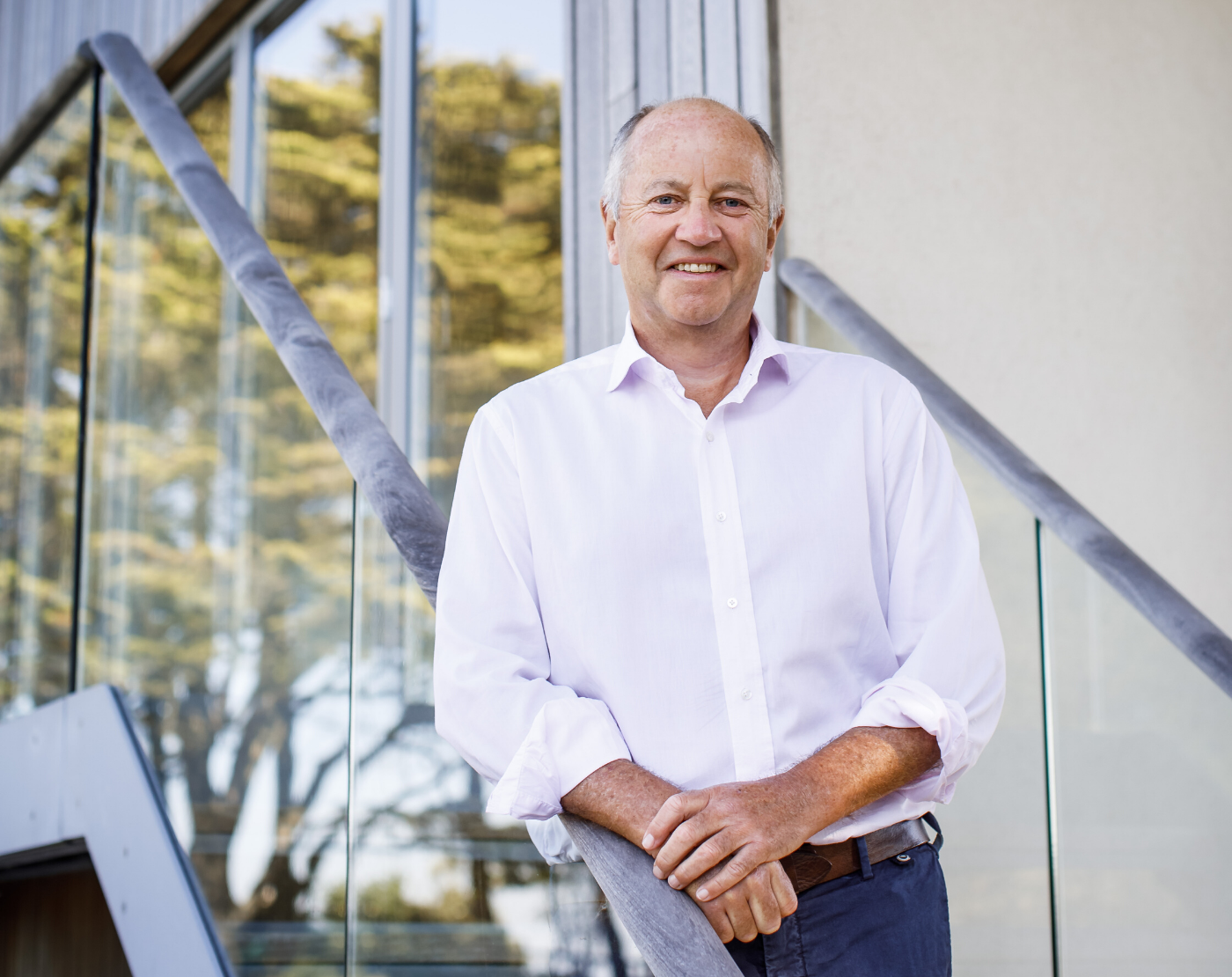 It is eco-friendly, carbon neutral, encourages sharing of otherwise underutilised assets and reduces pressure on parking. And it’s not costing the taxpayer anything. What’s not to like?

Why is the concept suitable for Jersey?

One of the biggest concerns about first and second generation electric vehicles was “range anxiety”. On an island of nine by five that is a non-issue. Even old electric cars, which have a range of around 90-130 miles, are suitable for Jersey. Meanwhile, Jersey Electricity has committed to rolling out 75 public charge points by the end of 2020. EVie has worked with JEC to install, where possible, dedicated charge points for EVie vehicles. The first ones went into the parking spaces on the Parade in March and others are scheduled for our next phase of parking spaces on the Esplanade and the Waterfront carpark.

There are over 90,000 registered vehicles in Jersey, serving a population of around 110,000 people. Logically, the overwhelming majority of these vehicles sit around unused for most of the time. Research shows that on the mainland cars are left unused for over 95% of their life, depreciating all the time. If we can make better use of these underutilised assets by sharing them, that is a huge move forward. Research from the UK also shows that the deployment of one shared car replaces 18 vehicles over time (12 people don’t buy the next car they had planned, and six sell their existing vehicle). If we also change these assets from ICE vehicles to electric ones, that’s even better.

Tell us about the corporate membership scheme?

Enter “Corporate Social Responsibility Jersey” into Google and you see a very long list of companies looking at being more responsible about their role in society. We feel that by introducing electric car and bike sharing to their employees, companies can demonstrate, as part of their commitment to CSR, a positive and real contribution towards reducing emissions as well as a more effective and carbon neutral use of assets.

If a company signs up for a corporate account, they simply encourage employees to register for EVie membership using their work email address. This allows us to present the company with a monthly bill with all the expected supporting detail showing which employee has used what, where and when.

Taken one step further, we can provide dedicated cars and bikes to companies that might replace existing pool cars. We believe that those very expensive, reserved company car parking spaces could be put to more efficient use if the vehicles in them could be shared for work use. Some say this is a hope too far: turkeys and Christmas have been mentioned.

What are your views on Jersey’s carbon neutral goals?

The objectives in the STP and Carbon Neutral Strategy match EVie’s, almost line by line. We hope that by putting ourselves out there as a privately funded enterprise which shares these same objectives, there is now something tangible for Jersey to get behind and push – upwards rather than downwards.

What three things would you change about Jersey?

I will limit myself to one: Jersey needs party politics. With a mandate, an elected majority can deliver on a manifesto and get so much more done.

What lessons have you learnt in business that will always stay with you?

· Find a mentor you both like and trust. You may disagree with their views but it is important to feel comfortable that they are offering their advice without prejudice.

· At an executive level, I try and find people to work with who are better than me at the many things I am bad at. I am extremely aware of my many limitations.

· Don’t be afraid to try something new. Ignorance is sometimes very useful and has sometimes allowed me to approach things in a way that may be natural to me but may be very different to the way it’s always been done.

What advice would you give to young directors/entrepreneurs of the future?

· Most of the companies I have founded have been opportunistic. I have had no carefully thought through, long term, career plan but on a couple of occasions have been lucky enough to be in the right place at the right time. But you have to be open to that, to trust your instincts and go for it, which is not in everyone’s comfort zone.

· Most people are far more comfortable working for, to and within objectives set by others. Sometimes recognising not everyone is like you is the most difficult thing to remember. Not everyone is an entrepreneur!

· Acknowledge that, while you may have done well enough to become a director, you still don’t know half of what the other directors round the table know. A successful Board is a team with complementary skills and shared trust.