2021 Jersey Director of the Year Awards 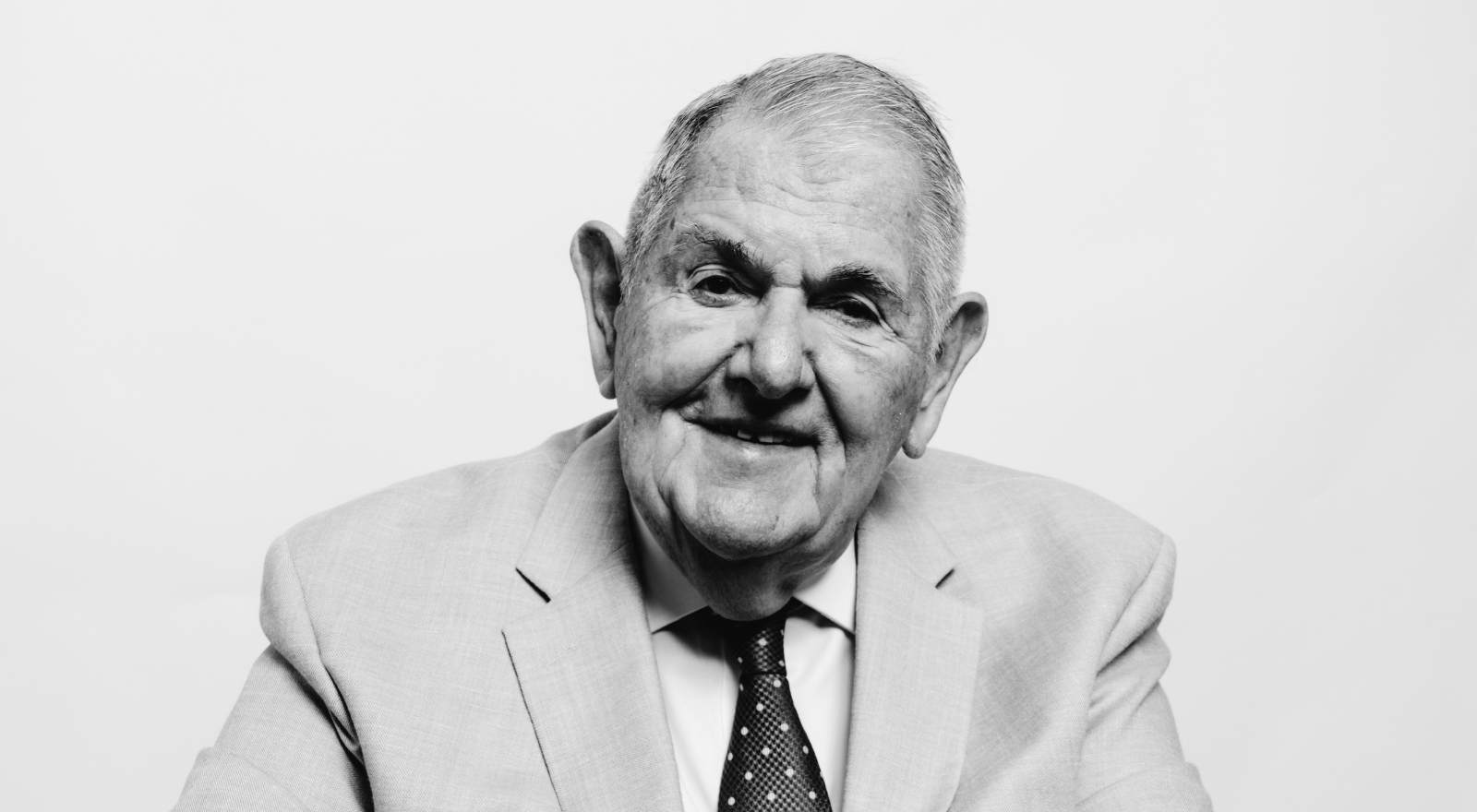 66 years ago, you started working for your grandfather, founder of the prestigious Jersey Jewellers, J. Hettich & Sons. You later became the first ever Jerseyman to become a Fellow of the Gemmological Association of Great Britain. What made you follow this career path?

I was educated at Victoria College Jersey and was indecisive about my career path as there were two family opportunities. My father had established a stockbroking firm, Le Masurier James and Chinn and on my maternal grandfather's side there was the jewellery business, Hettich, to which I was a reluctant entrant.

As my talents and interests were artistic, I was persuaded to jewellery and studied design and painting in London at the Central School (now Central St Martins). Much as though I would have liked a career in painting, my talent was limited and I chose the safe option.

At the same time, I studied Gemmology (the science of precious stones ) and I became the first Jerseyman to be a Fellow of the prestigious Gemmological Association of Great Britain. Later, I attended a specialist course in diamonds at The Gemmological Institute of America in Santa Monica.

Actually, I had little career choice as the day I was born my grandfather earmarked me for the business!

Since opening its doors in 1900 as a jewellers, it has survived two world wars, the Islands occupation, economic recession and now, a major pandemic. How has it managed to evolve as a business over time?

I think business has always been a challenge. When my family took over the business in 1900 they had to overcome the bad reputation of the previous owner. Then, in 1914, the Great War. My grandfather was Welsh but of German origin and unsurprisingly was subject to local hostility, although he had served in the Welsh Fusiliers but was never sent to France.

Then the twenties and the Great Depression. In those days, it was usual for jewellers to also be opticians (in a way like barbers had been surgeons!). So, when the Second World War and Occupation began, the firm was able to survive on optical work. This was helped by my Grandfather's fluent German, as he was able to order supplies until late on in the war.

Things restarted gradually after the war and evolved during the great days of Jersey Tourism, but it was not until the 1960s when the first flush of wealthy residents arrived and the finance industry began that I was able to move the business forward and put my professional training to work.

My Grandfather had always been prominent in civic affairs. During the Occupation, the family was worried that he might be taken out as a hostage by the Germans and shot as a reprisal for sabotage. Mercifully, this never happened. He was a founder director of the Jersey Electricity Company, president of the Jersey Chamber of Commerce in 1935 and was one of those responsible for the establishment of the Airport at St Peter. He later served in the States of Jersey for 12 years and was prominent in the Parish of St Helier. Our address No1 King Street, is the most desirable retail in St Helier, but our building is relatively small. We employ 15/18 staff and occupy the whole building.

Because of this and other limitations, we decided to concentrate on big ticket sales as our only way of expansion. Selling high value jewellery is very much a matter of trust and clients have to feel secure in that. I was always keen to have exclusive items and spent much time in Italy, Switzerland and Germany managing to secure some wonderful agencies. My business focus was always on the Continental model. Meantime, I also had investment and other business interests whilst still finding time to serve on the Juvenile Court panel for 10 years and other voluntary boards. In the business, I had been supported by a loyal fellow director, then to be followed by my oldest son in 1980, then by my youngest in 2013.

What is your view on how Jersey has coped since the onset of COVID-19?

COVID has been like a bolt from the blue, the nightmare nobody thought would ever happen. But it has and it seems that at the time of writing the health impact has been minimalised although the jury is still out with regard to the economy.

The payroll and support schemes have been very good but if an economy is shut down for two to three months the effect must be serious and of course for the hospitality sector, devastating. Businesses in retail and hospitality will take a big hit to profits, if there are any this year. The prospects for next year are equally uncertain and we can only hope things will be better than forecast.

It is impossible to estimate the repercussions of large-scale redundancies and bankruptcies in the UK. I can only take consolation in the advice of an old friend who had lived through the Great Depression. He said that the survivors were those who were good at their jobs. 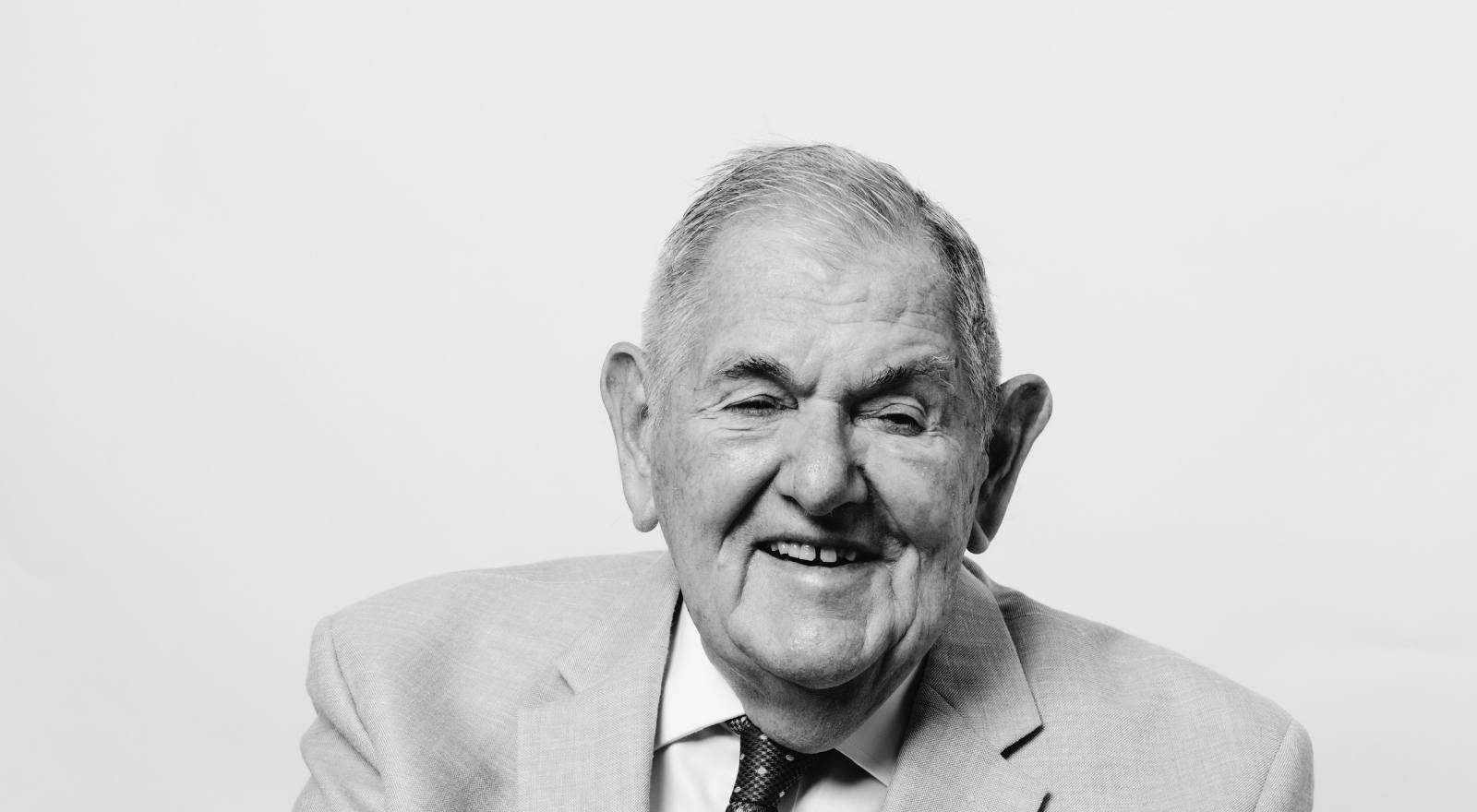 Never overestimate your audience's knowledge, but never underestimate their intelligence. Stand up, Speak up and Shut up!

What major challenges have you faced and overcome in your life?

I have faced many challenges from dealing with Asthma as a child, to the dull tedium of my early working years when there was little prosperity in Jersey. Then, overcoming family opposition to my ideas (a common occurrence!). The various financial downturns and devaluations and more problems, both financial and familial when we built our house. Then, on a personal level dealing with complications following heart bypass surgery.

On 1st May 1966 you became a member of the IoD and are now one of the longest-serving Jersey members, later becoming a Fellow. You were Chair from 1987-90 and in your own words, made the organisation more inclusive and political with memberships soaring. What were the secrets to your success in doing this?

The two major business organisations in Jersey are the Chamber of Commerce and the IoD. I joined the IoD in 1966 and instantly preferred it to the Chamber. I eventually joined the Committee and served as Vice President to Derek Maltwood. Realising that it would be my turn next, I then attended a public speaking course at IoD HQ Pall Mall. This was of great use to me and I will always remember the advice "Never overestimate your audience's knowledge, but never underestimate their intelligence" and of course, three minutes is the optimum time for a speech, the audience's attention wanders after this point "Stand up, Speak up and Shut up!"

Eventually, it was my turn at the helm. I had felt for some time that the organisation was cliquey and newcomers were not easily included. I felt the members and their guests should be encouraged to mix freely and be able to exchange business cards. So, a more user-friendly approach began.

I was lucky to be supported by a fantastic Vice Chairman, Derek Bernard, a hard-working Secretary also Partner in PWC, David Hill and a reliable treasurer, David Rigby. The rest of the Committee were big hitters and we made substantial progress dealing with issues of the day.

On average, I spent two days each week on IoD affairs and regularly attended Council meetings at Pall Mall and of course the Annual Conference at the Albert Hall. The Director General then was Sir John Hoskyns - an ex-army man, advisor to Margaret Thatcher's Cabinet, and he knew all the top political figures of the day. I got on well with him and he was a great support to me.

We ran a very successful work shadow scheme where sixth formers spent time with CEOs of local companies and experienced the pressure and responsibility at the top.

I was lucky and, together with the committee, we had many contacts and were able to invite some diverse and well-known speakers to our events. We also organised two very successful field trips. The first a visit to the Nuclear Power Station at Flamanville and the processing centre at Cap de la Hague. The second was a visit to the Channel Tunnel just before opening. This was made possible by Peter Blampied (a former Chairman) who was friendly with one of the engineers in the tunnel project.

Our other achievement was to run two one day conferences at the Jersey Arts Centre. Derek Bernard did the lion's share of the work, but both events were sell-outs and much enjoyed. By today's standard IoD Debate, they would now seem very amateurish but they were a start.

We also resisted commercialisation and advertising of our Newsletters and this standard was strictly adhered to. I regarded my period in the IoD as a challenge I was determined to make it a success and gave it my all and this was reflected in the surge in membership.

My time in the IoD was most enjoyable and only made possible with the support of my wife whose enthusiasm for all projects was boundless.

I had challenged the Government of Jersey so many times in office and when I stepped down from the IoD I stood for election to the States to became Senator in October 1990. I had always planned to serve some time in Government and hoped to make a useful contribution.

How do you feel the IoD has progressed since you were in the hot seat?

The Jersey branch of the IoD has moved on since my time, with, I am sure, a substantial increase in membership. There is a much larger in-depth committee now with various specialities and it is a slick organisation. I would like to see more diverse speakers, sometimes from a non-political or business background and fewer local speakers.

The IoD should be a beacon of common sense representing the interest of business leaders and the community generally. It should not be afraid to challenge the establishment and whilst helping government, where appropriate, should be part of an unofficial opposition.